Day 11 of #ayearofwriting and I am into double figures +1 and with it comes the distortion of the foster parent in The Song of the Metal Grasshopper. For this foster parent takes children as slaves, a means of currency and that currency is cheap. There is menace here, one that reflects the danger that runs through the story, just another mirror of what could be based on how children suffer at the bottom of any food chain where life is cheap.

Day 12 of #ayearofwriting and the image of a shotgun backfiring is haunting my story today. The dead sheep I found as a child, is with me also and today they have fused together.

Day 13 of #ayearofwriting and 15,000 words dwindles to 7421 as I cut out repetition, back story and ideas that I have already explored. I have discovered in my practice that I like to write vignettes, images that strike me about a situation or character, and then through this disjointed stream of consciousness I link these images up. Sometimes a single image conveys many scenes but it’s the same image, different angles as I pick at the threads to find the story. I collect images, here’s one of a small girl in Liverpool dancing for drunken men. There’s something incredibly disturbing about this moment.

Day 14 and I realise that for the last 114 days I have switched on my laptop to write. Sometimes it has been hard going, sometimes the sessions have been short but at least I have sat and written#ayearofwriting

Day 15 of #ayearofwriting and the fourth draft of Dawn of the Metal Grasshopper is finished. Along with the change of title. These short stories are a way of me setting the world of the novel I am working on the premise of for my PhD. Exciting new about that in the coming months. What struck me about this drafting process is that out of 15,000 words I now have 6,700. That’s a lot of cut and rewriting, and sure enough in one of the earlier drafts he breaks the metal tin holding the noise of a grasshopper. In this draft I thought it was a cop out and the image of him as the ant carrying a metal grasshopper kind of sums up my concerns for the future. 99% of us will carry the bloated 1% if we are not careful. What strikes me though it what the narrator says at the end, ‘I turns from the lane that rennes to tha river an’ heads North fer Gramfer, for the ant and the metal grasshopper, an’ I sayst to myself, I’ll keep goin’ cuz theer is naw edge to this world, just the edge of tha knives we carry wed’ us.’ I’m not sure about this final line, I think the image is overplayed, I’m not even sure of the edge of the world stuff other than it echoes an earlier image of people committing suicide off the Lizard. Though it also buys into the fact we are all on the edge now, barely holding on.

Day 16 of #ayearofwriting and I am still in Bodmin Moor. Tightening up paragraphs like balls of snot and watching the first throes of lust.

I dunt tell Gramfer that I glazed tha new ones from Taw Marsh tha naet afore last comin’ in late wed’ Grant. Theer’s bearns an’ a man wed’ them. Theer’s a girl wed’ them too that I dunt wan’ to gab about. I glaze dun at her from tha roof holdin’ tha hands oftha bearns. Theer all hand me dun skin an’ bones trodgin’ on foot but she shines under tha moon. Tha man wed’ her haave a yellow docket in hand to sayst thay can live heer. Jones is fidgety an’ arsts Grant if Killy gave him anythin’ to give to him, Smith an’ Brown but Grant swings his head long. Even from tha roof I can see he’s allish, eevin’ in tha face an’ it’s a struggle to glaze at him afore getting’ on his bike an’ wobblin’ away into tha naet. Jones is mazed at this an’ arsts tha man wed’ tha yellow docket about Killy an’ he’s eithar drazac or dwalin’ cuz he dunt understand or give a bogger about tha arm in arm deal Jones, Brown an’ Smith haave got a’goen wed’ Killy. Jones arsts what’s a’goen on in Taw Marsh, proper awkin’ tha same question agen an’ agen. Tha man looks at tha bearns swayin’ from trodging heer, theer feet drippin’ out theer shoes, an’ theer clothes ready to drop. Jones sayst, what news? He arsts if tha army haave left Bideford. Is it true tha river at Taw Marsh is auver tha dykes? Tha man just waves tha yellow docket at Jones an’ Jones loses it, loud nuff to haave heads pokin’ out into tha backlet an’ fer him to hollin’ at them to bogger off. Gramfer snores through it all. Tha man wed’ tha docket arsts tha girl to give tha docket to Jones, Jones snatches it from her. Jones turns on tha man an’ arsts, is theer sickness in Taw Marsh? Tha man ess loffin’ an’ Jones ess caalin’ him an’ if it whern’t fer tha bearns he’d be linchin’ him. Tha bearns sturt balin’ like a sing-song of snot.

Day 17 of #ayearofwriting and I am into the nuts and bolts of a story. Making sure that all the phrases and language marries up. My young son looks over my shoulder and reads some, even though it is in dialect he says, ‘Whose kissing each other?’ He wants to read on but he won’t be allowed to, adult material here and the fact he’s sneaked in on me shows how immersed I am in the story. I love that feeling. I love knowing that even though it is dialect my son can read it and follow the tale. Back to the factory face.

Day 18 of #ayearofwriting and the title changes as the drafts get tighter. The story has merely become The Metal Grasshopper and the image of that is now flowing through the story. The poverty shocks even me, and those that take advantage of it to abuse there power. I find my spelling is becoming deplorable and have to concentrate to spell THERE correctly and not THEER. I have had feedback on the Mausu story and there are two errors around tense but beyond that the reader is very happy with the story, they get it, everything, including the Robison Crusoe madness is clear to them. I will go through it again and off it will go. In the meantime my other characters look down at the arrival of the fauster, the girl and the bearns from their room, and they pity their squalor.

Day 19 of #ayearofwriting and the fifth draft gives way to the sixth draft. The word count gets tighter and the ending more heart breaking because I don’t know if the boy in the story will make it North. I want him to make it to my novel, the story of the world I am building in the remains of Manchester. I suddenly realise that I have been preparing myself for this novel for twenty years, that the wasteland of my earliest novel set me up for this and that Jeff Noon was right about my writing all those years back when we met in a coffee shop in Manchester. He said to me a day would come when everything seemed to slot into place, and then I could write a novel, a real novel with something to say rather than costume jewellery, he also said to read Ray Bradbury because we where both social writers, and that was a good thing. Now, I do have something to say and my vision is both frightening and brutal, something that when I reach out for snaps at my fingers. I wouldn’t have got to it without this short story and it may be awhile before I am brave enough to write the structure of the novel. It is time for the Anthropocene, a climate change novel where the world is not all change. It only takes a few degrees to change a planet and it only takes a few degrees of morality to change a species. 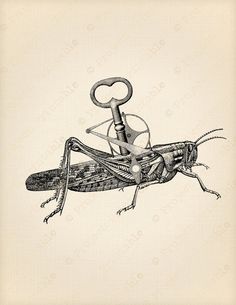 Day 20 of #ayearofwriting and draft six of The Tin Grasshopper – I know, another change of title – will wing its way towards my reader. My reader has complained that my output seems to have sprung up quickly, like a grasshopper! Oh well, it may continue or I may dry up but I have enough ideas for several more stories and I reckon if I stick with short stories I could write around 10-15 this year. You know those writer’s readings where they do Q&A and someone always asks, ‘What’s the secret to your success?’ or, ‘How do you find time to write?’ I have been thinking on these questions, which really mean, ‘Where do you get your inspiration from?’ The funny thing is the writing creates the inspiration and the inspiration creates the writing. They feed on each other, one impacts on the other, and more stories flow.

This site uses Akismet to reduce spam. Learn how your comment data is processed.